Embed anyone’s Twitter Timeline using only their username, or display tweets based on a keyword. There is an option to turn the built in slider on or off, or to control the speed of the slider. You can configure the built in follow me option for any username you choose. Fully compatible with the latest Twitter API and guaranteed to work, even with the forthcoming Twitter changes! We also have a great, free support system on our website. END_OF_DOCUMENT_TOKEN_TO_BE_REPLACED 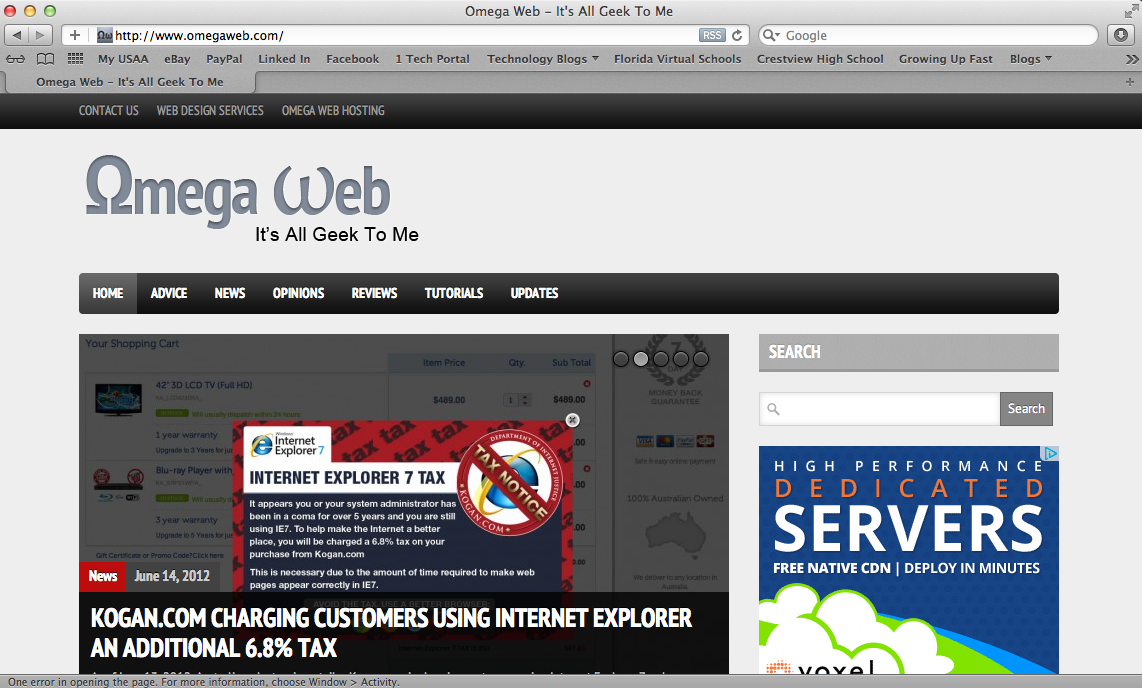 Five Reasons Not To Use Safari On Your Mac 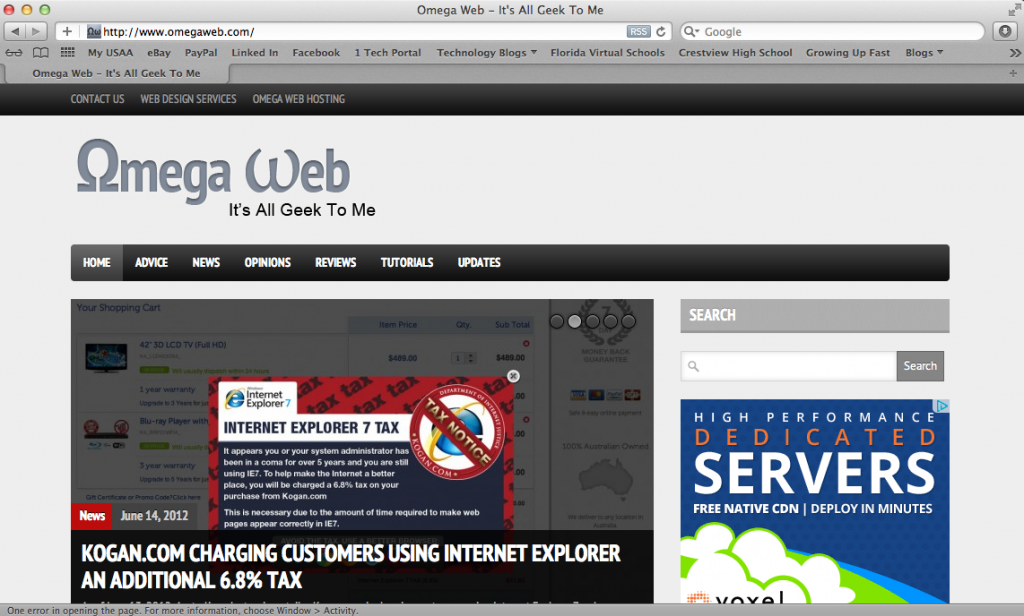 When I purchased my first Mac computer in 2010, I felt obligated to use Safari. I used Firefox when I was on my Windows machine, but Apple promises that Safari  will “enhance” the Mac experience… In reality, they are just limiting you and not giving you the full capabilities of the Internet.

When you first open any program, the first thing you will always notice is the user interface. In operating systems like iOS, every application has the same look and feel because Apple won’t allow the developers to do anything different. With OS X, Apple does allow developers to change the overall user interface of Applications which helps make each one unique. This means that browsers like Opera, Chrome, and Firefox will have a different user interface than Safari. 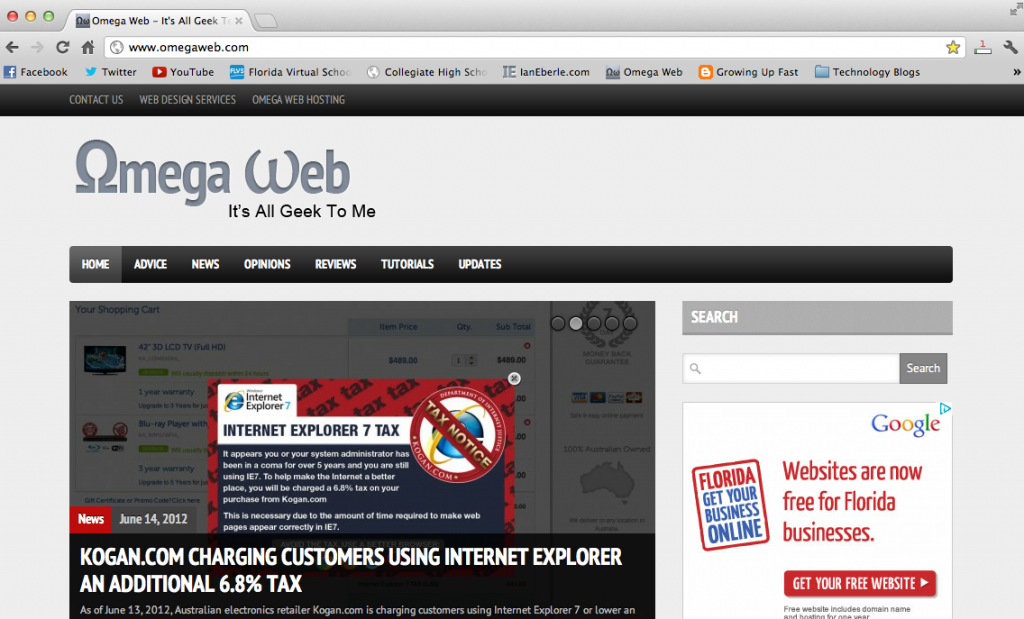 When you compare the Safari UI to the default Google Chrome UI, you can see many differences. Google uses two different shades of grey, they don’t use block buttons for back and forward, the tabs are located at the top of the screen, and the bookmarks bar brings color to the browser by including the website favicons. As a blogger and web designer, staring at the UI of Chrome all day is much more pleasing than Safari.

Before switching to Android, I used Safari because it offered bookmark syncing with my Macs and iPhone. Now that I use Android, all of the iCloud features that Safari has built in are generally useless. I still use my iCloud email address, but only for things like domain registration and other official accounts. If you have an iOS device, consider how important the bookmark syncing feature is before you hold on dearly to Safari. 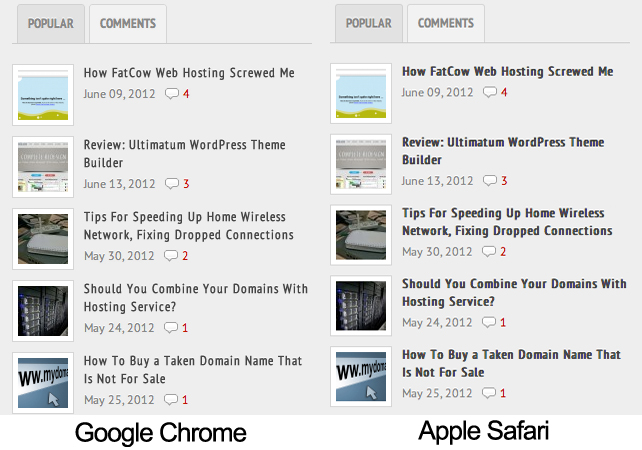 Despite using the same engine under the hood, Chome and Safari display websites differently. Safari often displays certain fonts and headings very bold and narrow. If you view the same website in Chrome, Firefox, or using any browser on a Windows computer, it will display properly.

The main reason I use Google Chrome and Firefox (depending on the task at hand) is for the plugin libraries. Chrome and Firefox both allow you to install custom themes and plugins that offer additional features (such as Firebug). Plugins help make things easier and ultimately improve the browsing experience.

Customers who recently purchased the Retina Display MacBook may be excited to see that Safari has been optimized for the HD display. What they don’t know is that Google also has optimized Chrome to feature an HD user interface. In addition to adding support for the Retina Display, Chrome and Firefox both support multi-touch gestures, HTML5, and many other features that Apple markets their browser with… When you look at the facts, you can see that Safari is just not a winner.