How to Use Hex Code Chart 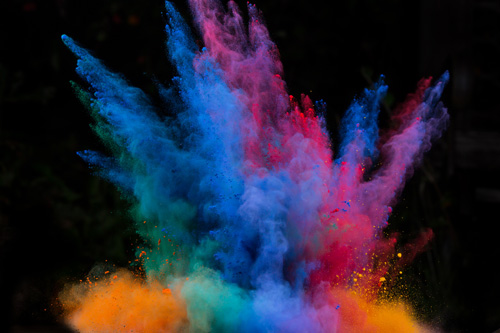 When it comes to web-design, HTML is one powerful language. But as with any language, including languages web-designers use to communicate with computers, you cannot simply state or explain what you need.

Take the case of adding a color to your web page with HTML; sometimes you can happily type in the name of the color, like “green”, but more often than not, especially  when you have an exotic color in mind, they won’t except the color, but instead require a line of what’s called the hex code.

Hex Codes and the Machine Language

Computers “think” in Binary code, “1’s” and “0’s” as shown in every sci-fi movie. Technically, it’s called Base Two. It’s lengthy and hard for humans to read . Hence, programmers came up with something simpler and called it the Hexadecimal Code. It’s easier to read than Binary code, but still remains computer-ish i.e. a whole lot harder to read than simple English!

So how does hexadecimal work?

Well first off, the hexadecimal code uses a Base Sixteen system i.e. instead of using just two base form (‘1’ and ‘0’, or Hi and Low) it uses 16 figures. This includes normal Base Ten digits (0-9) followed by alphabets to represent numbers from 10 to 15 (A,B,C,D,E, and F):

From the 00 to the intense FF, you have about 256 different intensities of the same color. Imagine the possibilities. Let’s see how the HTML codes uses this friendly (abomination of a) code.

Each HTML code for the color contains the symbol “#” followed by 6 letters or numbers. These numbers/letters are in hexadecimal numeral system.

The Meaning of Symbols

That makes up the whole color code representation of the HTML code.

That’s a YELLOW for you.

Yeah, welcome back to junior high. It’s time to mix different colors and make something of your own. Hence, by combining the extreme intensities of red and green, and the lowest of blue, we got the YELLOW shown earlier. We can mix almost any color that our heart desire.

Here are a few examples:

So next time your web designer asks you for your hex codes, hopefully you will have this article to refer to and know what he’s talking about.

Hope this helped you, if it did then please share it with your friends by using our sharing tools to your left.