Android is the world’s most popular mobile platform. It has supports from the huge mobile phone manufacturers HTC, Samsung and Sony Ericsson etc. It’s an open source platform having more than 600,000 available apps which makes it more popular among users. With the popularity of Android platform, apps popularity also increased which attracted web developers.

Compared to other mobile platform, Android does not restrict the use of third-party applications. Actually Android is an open-source platform which has huge development community and resources like samples, tutorials, GUI downloads that’s offered freely. In this article, we’ve collected some useful free Android developer tools that will hopefully help you with your next Android app.

It’s a java standalone application that simulates sensor data and transmits them to the Android emulator. It will allow you to simulate sensor data from accelerometer, compass, and orientation sensors and the data can then be used in an Android application, to steer them live through the sensors. 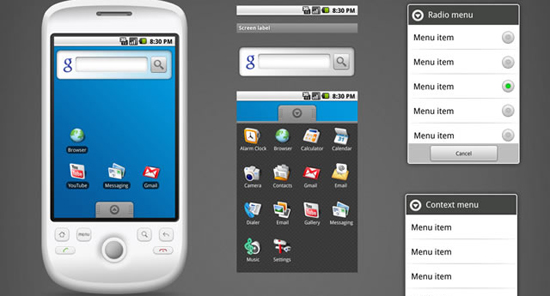 This is a set of stencils & sketchsheets to help you get started mocking up your GUI’s. 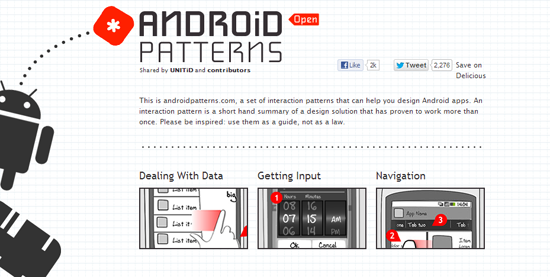 In Fireworks template, the Android user interface elements have been redrawn as vector images.

The main purpose of the sketch style wireframe is to prevent the intended audience from thinking about visual design and encourages them to focus on the functionality and behavior being proposed. 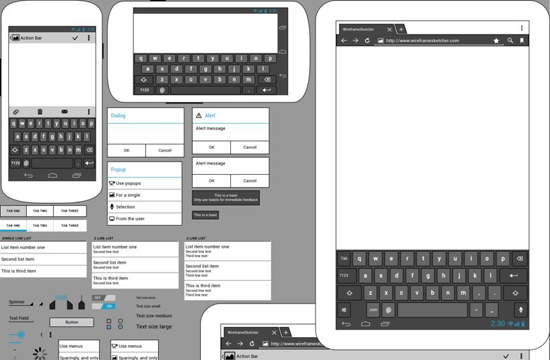 A stencil for Android 4.0 (Ice Cream Sandwich) mockups and wireframes. This stencil can be used both for Android phone and tablet apps. It includes common controls, dialogs, action bars, lists and menus. There is also a Browser control for those who want to wireframe their website for tablets.