LESS, the dynamic style sheet language is a new paradigm in web design. In our previous articles, you have learn about LESS, variables, mixins, and its nested rules. LESS is compiled at run time into CSS. Since this does not work in all browsers, there is every indication, namely to write LESS to use in live performance but pure CSS. These must be recompiled from LESS to CSS.

Doing all that manually isn’t easy, so you need tools to convert LESS into CSS. Here is some useful LESS converter tool which surely help you. In this showcase, some tools are window based and some are available online. So enjoy these!

SimpLESS is a easy to use LESS compiler which runs on every platform (Windows, Linux, Mac OS X). You can easily drag and drop your project folder onto the window. You can write LESS-Code with variables, mixins, operations and rules because it supports everything from LESS. 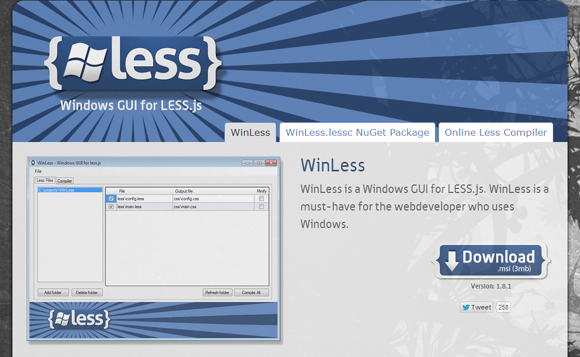 WinLess is a Windows based LESS compiler. It is a must have tools for web developer who uses windows. It’s very smart tool, whenever you add a folder to WinLess (either via ‘Add folder’ or by dropping it on the folder pane), WinLess will start watching the LESS files in it. It also automatically recompiles a less file when it is changed. If you have a folder called ‘less’ and a folder called ‘css’ on the same level, add the parent folder. WinLess will then automatically use the css folder as output folder and also displays compile error message if any.

Less.app is runs only on Mac OS X. It’s user friendly tool for Mac machines, just add the LESS files and it will auto-compile them when they’re updated, so you just work with the LESS file as you would with CSS and then refresh the browser window when you make changes. 00 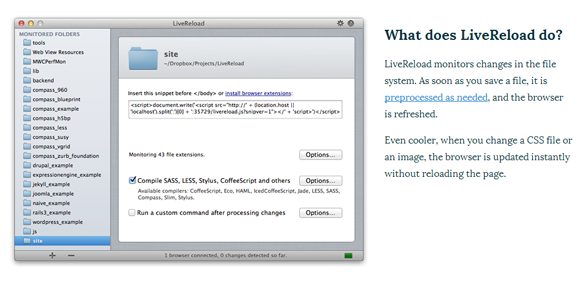 LiveReload runs on Windows and Mac OS. It compiles LESS into CSS. Unlike LESS it also work for CoffeeScript and SASS.

Crunch is a great tool to compile LESS and CSS. It’s a stylish and powerful CSS editor with syntax highlighting and an integrated debugger for free. 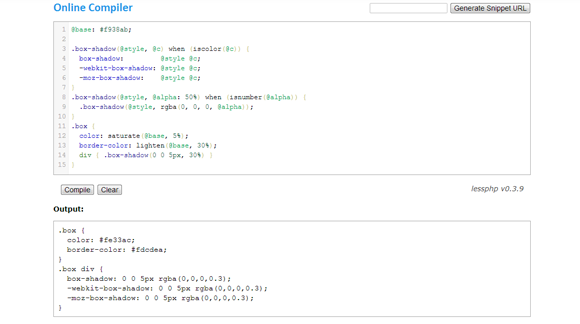 LESSphp is an online tool which compiles LESS into CSS. It functions via copy / paste. Copy the LESS in the textarea, click Compile and receives a CSS-sheet.

It’s also an online tool which compiles LESS into CSS. It functions via copy / paste. Copy the LESS in the textarea, click Compile and receives a CSS-sheet. 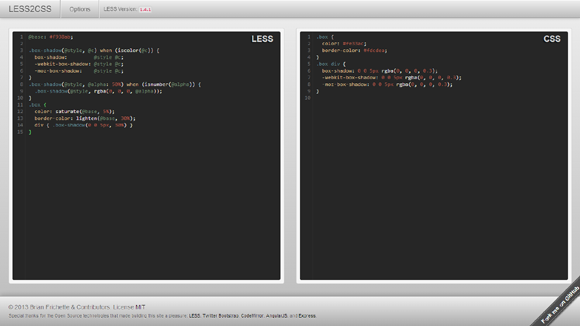 LESS2CSS is also an online tool which compiles LESS into CSS. It functions via copy / paste. Copy the LESS in the textarea, and convert into CSS-sheet automatically.