Why Social Media Is a Sketchy Traffic Source For Your Blog 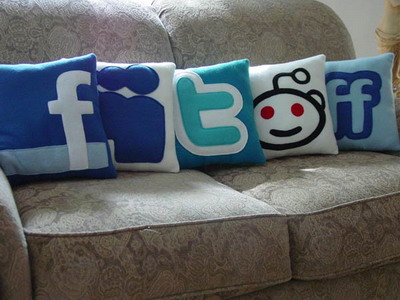 Just a few months ago, I met this blogger named Wade. He runs a blog called Bloggers Make Money and basically teaches other people how to make money on the Internet. He has been very successful with his blog – so much so that he was able to take up blogging full time after an accident that prevented him from doing his full-time “traditional” job.

He recently posted a bunch of articles about how to get traffic from Facebook, Twitter, Stumble Upon, and a few other social networks. After speaking with Wade personally (and not just reading his blog), I learned that he actually does receive most of his traffic from social networks – most notably Twitter. He is very much against “writing for Google” and relies on social media for most of his success. I don’t necessarily disagree that social media is a bad strategy, but you need to very careful and make sure that it isn’t your only source of traffic. A healthy blog with good SEO should be getting about 50% of traffic from search engines in my opinion.

Users Need To Opt-In To See Your Updates

Unlike Google, Yahoo, Ask, and other search engines, readers need to physically opt-in to see your updates on Facebook, Google Plus, or Twitter. This normally consists of “following” a user, “liking” a page, or something of that manner. I could have 100,000 unique visitors to my blog every month, but if none of them are choosing to follow my blog on any of my social network profiles, then my entire social media strategy is going to waste.

Success Is Directly Proportional With Followers

Honestly, you probably won’t have any success on social networks unless you have at least 1,000 followers on a single network. If you only have 100 legitimate followers on Twitter (buying followers does nothing but boost numbers), you are only reaching out to 100 people. Assuming that only 50% of the followers read your tweet and of those people, 10% actually click the post, your tweet only generated 5 views to your blog.

Social Networks Can Be Abandoned – Fast

If you think back to 2008, you probably remember MySpace. MySpace was a great social network that I really enjoyed – I could edit my profile with HTML code to make it mine, they had an IM service that was better than Yahoo Messenger and all other competition at the time, and all of my friends were there! In 2008 companies were telling users to go to their MySpace profile on commercials, on billboards, and other forms of advertisement. I spent hours on the network every day communicating with my friends. They had millions of users that logged on daily to change their profile, edit their “top friends”, post a status update, and more. But by 2010, MySpace was dead and deserted. In a very short amount of time, Facebook picked up popularity and MySpace lost users rapidly only to be sold a couple of times and to this day has still not made a recovery.

Think of it this way… If you put all of your apples in one basket and the basket breaks, you’re screwed. The same goes for social networking. If you put all of your effort into building your Facebook profile but neglect Twitter, Google Plus, and other social networks (that are actually becoming popular), it could come back to bite you. If Facebook deteriorates as fast as MySpace did, your blog may start to get cobwebs as well.

Posts Do Not Stay At The Top

Think about this scenario… If you have 2,000 followers on your Twitter profile, you may think that you have struck gold and going to have instant success when using Twitter. However, if each one of those users is following 5,000 people, each user has a 0.02% chance of seeing your tweet, assuming that each of their 5,000 people they are following posts one tweet per day. If you multiply that by 2,000 (for the amount of followers you have), there is a 40% chance of your tweet even being seen. These are just rough estimates because obviously not every one of your followers is following 5,000 people and if they are, the likeliness that they each post one tweet per day is slim. However, in a perfect world, your tweet will be seen 40% of the time.

This is significant because your tweets only have a chance to be seen once (unless somebody retweets it). Twitter does not organize things in order of importance or authority, they organize everything in time order. Once a follower has passed over your tweet, they are most likely never going to see it again. In search engines (like Google), posts can remain at the top of the page for years without being bumped down. This has to do with SEO tactics, link building for specific keywords, etc. If you type “how to make lumpia” into Google, you will find that my micro niche website How To Make Lumpia is the first result (and has been for about five months now). This is because I have built links using those specific keywords, it’s the name of the website (and the domain name), and I have an authority built up. In contrast, if I were to share that website on my Facebook page, my friends would probably only see it once and it would be gone – buried under heaps of other posts.

If you run a blog about fixing problems, advice, or any kind of topic that isn’t needed by everybody all the time, social media will prove very ineffective. Take my post about fixing a kernel panic on my MacBook Pro. I posted this article and shared it to social media that same day, but my main traffic source for this particular article is Google. In fact, this is the #1 viewed article on Omega Web for three months in a row now. Why? Because people who are looking for ways to fix MacBook Pro kernel panics type in the search terms to Google and are shown my post as a result. This post was unsuccessful on social media because only people who were having problems with their MacBook Pro, saw my Facebook update, and clicked it would find my article. However, it will live forever on Google where anybody can find it when they need it. The likeliness that one of my Facebook followers was having the same problem and needed an answer at the exact time of me sharing the article is pretty much nonexistent.

Before I invite you to the comments, remember that I am not bashing social media completely – I am just trying to open the eyes of the heavy social networkers. I’m not about arguing for which method is “best” because like science, things can change every day. What may be best on Tuesday may not necessarily be the best strategy on Wednesday. Things in the online world change quickly so something I have mentioned in this post can possibly become obsolete within a few months… Who knows? Please be respectful in the comments, but I want to see what you think about this topic and how you use social media as part of your blog strategy.