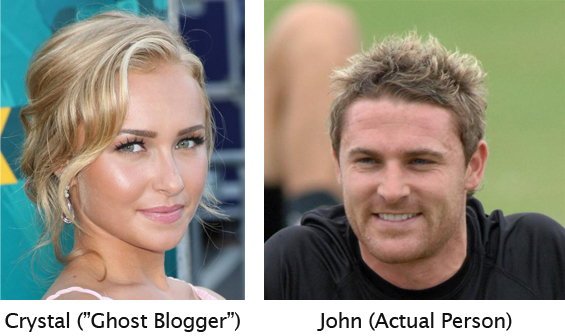 Ever since I started blogging and promoting my blogs on the Internet, I have been fascinated with black hat and white hat techniques to boost PageRank, AdSense revenue, etc. By fascinated I mean that I find it interesting that so many people use black hat techniques to outrank people being fair on the Web. If you have not already figured it out, “black hat” refers to doing things against the rules such as clicking your own AdSense units or writing a program to do it for you over a proxy server so it comes up with different IP addresses. Whatever the case, Google catches these black magic users and bans them from the system. “White hat” refers to following all of the rules, which is what everybody should do. This includes refraining from clicking your own AdSense units, spamming other blogs with dofollow links, etc.

I don’t know what brought it up on my mind, but what about grey hat techniques? These would be techniques that technically aren’t against the rules but could very well be considered against people’s morals or unethical online. I have compiled a list of four grey hat techniques that I am absolutely certain will get your blog more attention, but I do not recommend trying any of these! This post is simply here to open thought processes that may not have been opened in Internet marketing before. None of the following points are bits of advice that should be taken seriously, so do not attack me in the comments.

Morally, I still don’t know what my position on ghost blogging is. I think everybody should be themselves on the Internet,  but in a nutshell, ghost blogging is starting up a blog under someone else’s name and identity (normally a made-up person). For example, if John were starting a blog about marketing and SEO using his own name and face, he would start at level zero just like everyone else in the SEO and marketing niche. However, if he started a ghost blog under the identity of “Crystal” using an attractive female for his Gravatar image and Google Authorship photo will automatically have all male eyes gravitating towards his profile picture. It’s somewhat creepy in a way – “becoming” someone else online – but if you have ever seen any commercials on Spike (a primarily male TV network in the United States), you will see this attractive women marketing technique in beer commercials, truck commercials, and other “manly” things being advertised on TV. Even GoDaddy uses it to an extent… This is because the majority of bloggers in the SEO, blogging, marketing, etc niche are males. This isn’t to say that women don’t write about these topics, but it’s mostly men and this marketing technique will work almost every time in both comments and Google Authorship.

A technique that I have seen being practiced more and more is excessive posting to Twitter. Unlike Google, social networks feature the newest content at the top – not the best. So if you want to market heavily using Twitter, you can use a product that will continually post your tweets over and over again so people have no choice but to see them. I originally thought this was a good idea to use with my own Twitter account, but it looks computer-operated (which it is) and I prefer to be a real person online. However, this method works perfectly for many bloggers and will send a lot of traffic to your site.

3. Link To Your Own Posts On Forums

Many forums prohibit linking to your blog or website in your signature, but forum members share links all the time in the conversations. If you go to Warrior Forum and notice that there’s a brand new, unanswered thread on Google AdSense alternatives, you can use this to your advantage. Quickly write up a post on your blog about AdSense alternatives and reference the forum member to your blog by saying “Here’s a good guide I found…” and posting the link to your blog post. Of course, this would be easier to do if you were either a ghost blogger or a ghost forum member but you probably won’t be banned from the forum either way as long as you post other things besides your post links.

If you are one of those blogs that has CommentLuv installed and you are desperately trying to get people to comment on your posts, you can try to create fake comments to get the conversation going. People are often reluctant to post a comment on a blog that has zero comments on every post, but if there’s four or five, conversations start a bit easier. In fact, this method is recommended by most Internet marketers when they talk about starting up a forum like Warrior Forum. If you make fake threads, people will be more likely to respond instead of talking to an empty board.

I was originally planning on making this post have five techniques, but I can’t think of a fifth one as it is practically midnight at the time of this writing. I’m going to follow my own advice, so I’m leaving the fifth point up to you! What do you have to add to this list? Do you think any of these methods above are acceptable or are they unethical? Let me know in the comments below!