If you are familiar with web hosting, Windows Hosting Vs Linus Hosting, you probably know of the two mainstream platforms: Windows and Linux. Most shared web hosts offer Linux hosting due to the low cost and low maintenance, but there are also shared and dedicated hosts that offer Windows and even Mac hosting options. When selecting one of these options, it could get confusing, so I’m going to help you understand which platform is best for you. END_OF_DOCUMENT_TOKEN_TO_BE_REPLACED

Adobe Voice For iOS is Great for Making Videos

If you are like me, you don’t like making videos often from scratch, due to all the hassle with software, uploading, editing and so on.  Well you will like this news.  It’s now possible to make videos with your iPhone by using the new Adobe Voice app.  You can download it here

Basically, you can create a video and then add your voice to it, then publish it.  It’s part of Adobe Slate, check out this video, which explains it: 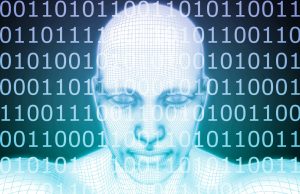 Parallax.js is a Parallax Engine that reacts to the orientation of a smart device. END_OF_DOCUMENT_TOKEN_TO_BE_REPLACED