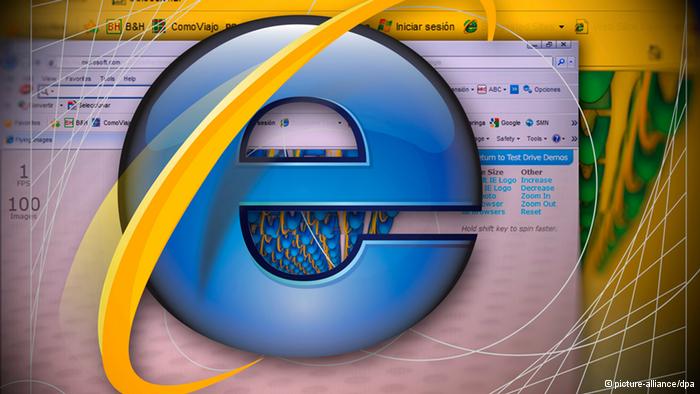 The following is a guest post from Doug Glaston. Doug is a writer on social media and Internet marketing who also is a content provider for Home Security Team.

It’s not very often that a federal government warns its citizens to refrain from using an Internet browser, but apparently the Federal Office for Information Security in Germany did exactly that. This past week, the federal organization which is called the BSI in German initials (Bundesamt für Sicherheit in der Informationstechnik), warned users not to use Internet Explorer 9 in fear that people would be exposed to too many vulnerabilities due to a compromised server.

According to ZDNet, this server, in which the problem is known as a zero-day (0day) exploit, which opens up a vulnerability hole when an HTML page contains video or a flash movie gets loaded, then another page gets dropped. With these certain files placed into a users computer, hackers can break in. The process is somewhat complicated, but concerned the German government enough (and only the German government, apparently) to try and convinced everyone to stay away from it.

Microsoft has moved quickly to repair these problems and the hole has now been closed up. For those who run on Windows, the next update (if it hasn’t happened already) should bring a permanent repair to the problem. Before that permanent update, users would be prompted to click a link that provides the temporary repair. Even after the repair, there doesn’t appear to have been any problems in the first place, with very few users being attacked on the basis of the security hole.

Here in the United States, there was very little outcry from anyone, excluding a brief announcement by Microsoft about the vulnerability. Even before this problem, Internet Explorer has experienced little share of the browsing market, especially in the shadow of Google Chrome and Mozilla Firefox. There was an attempt at a branding turnaround with the release of Internet Explorer 9 that didn’t really look to make much of a difference.

There has often been talk of problems like PDF files not loading up correctly, or even pages themselves appearing off. You know it’s bad when Microsoft’s own forum has questions from customers like “How can I go back to Explorer 8?”

It might be time for Microsoft to leave their share power to products that have a bit more of a chance of getting ahead. The release of Windows 8 has showed some promise, and now Nokia is trying to break into the market with Windows Phone 8-based phones. Despite all of Microsoft’s accomplishments, Internet Explorer has never really been able to get the attention share.

Some people laugh and thumb their nose to others that use IE. As long as Google Chrome is in the hot seat, which it probably will be for a long time, nothing is going to change.

If you’ve had any experiences with IE9, share it in the comments below.